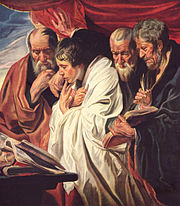 Summary. Universal Missionary Evangelism is the name given to the outreach and educational efforts of Adonaikido practitioners. Although the word evangelism has come to have a negative connotation of dogmatic and pushy proselytizing which attempts to convert people to a specific religion, this is not the case in Adonaikido. For the practitioner of Adonaikido, the goal is simply to inspire people in their current faith, not convert them to another one.

Practice. Lifestyle evangelism and lifestyle activism describe the primary way in which an Adonaikido practitioner tries to have a positive impact in the world. Rather than preaching, the practitioner simply lives the way, lives the answer, lives the solution. There are not words, just actions, right actions, best practices. The question is not, “What do we believe?” but instead, “What do we do because of what we believe?”

Missionary Work. The Adonaikido practitioner is an evangelist and missionary for all religions. Because the practitioner of Adonaikido is educated in and observant of practices in many world religions, it is possible to have a discourse with those of other religions without an intent to convert them to any religion other than their own.  When the practitioner meets a Jewish person, if the discussion turns toward religious matters, the Adonaikido practitioner will say and do all possible to encourage the other person’s faith and practice of Judaism. Similarly, if the other person is a Muslim, Christian, Buddhist, or follower of another religion, the practitioner of Adonaikido, will quote from that person’s sacred texts, and refer to the traditions of that person, without an intention to convert them to anything – other than a conversion to a deeper understanding of and practice of their own religion. If a practitioner meets a secular humanist who has no faith in God, then a discussion about philosophy will be about famous humanists in history, and texts of humanist philosophy.

Purpose. The goal of the Adonaikido practitioner is to achieve a more peaceful and more equitable world. Rather than changing people’s thoughts, the goal is to work toward our common and united efforts toward solving world problems such as water, food, shelter, employment, healthcare, and other world needs.

Report from the Mission Field. While some missionaries report back to their central headquarters telling stories of how many people have been converted, in Adonaikido there is no such central government to report back to. Were a newsletter to be sent out, it would share stories of Buddhists, Christians, Muslims, Jews, and other spiritual and non-spiritual people being inspired to find greater meaning in life, and to live their life in a way that helps ensure a better future for everyone.

Choose Your Advertising. The topical advertising links below are provided by Google AdSense. In providing these links, we give our site visitors the option to view advertising or not. We don’t necessarily endorse the advertisers generated by these links, but they are supposed to be context relevant and for that reason you might find them helpful. These links will take you away from our site if you don’t right click and choose to open them in a new window or tab. We’re currently experimenting with this form of advertising. Let us know if you have any questions, comments, or suggestions. In particular, if you find advertisers listed here that are offensive or misleading, contact us and we’ll have them blocked. Our filtering of ads ensures you get the most useful advertising possible. Click on a topical link below to view a page of ads related to that topic.