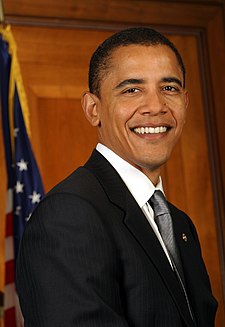 Background. On 27 July 2004, Resources for Life identified Barack Obama as a candidate to watch and began supporting his career because of his work as a community organizer and his message of cooperation and diplomacy. It was this day, 27 July 2004, when Barack Obama delivered his historic speech to millions of people viewing the Democratic National Convention. On 16 December 2004, the Resources for Life Newsletter featured a lengthy analysis (article #7) that explained why Obama won the Senate race in Illinois while other Democrats lost campaigns nation-wide. Obama established himself early on as a charismatic and unifying voice. During the four years from the fall of 2004 to the fall of 2008, Barack Obama gained nation-wide support and recognition. On 4 November 2008, Barack Obama was elected president of the United States by an significant popular majority.

Proponent of Peace and Diplomacy. Barack Obama is well known as a promotor of dialog and cooperation. For this reason, it’s not surprising, that the song Roll Tide was selected by the GOP/RNC to be played at the conclusion of John McCain’s concession speech (see transcript excerpts below). The song Roll Tide comes from an anti-war movie Crimson Tide with Gene Hackman and Denzel Washington. The movie proclaims that “The true enemy is war itself.” [More] In the movie, a senior military leader competes for leadership against a young African American anti-war idealist. In the end, the African American wins and the older military captain admits his error and defeat. The music playing when the captain admits error and defeat, is the same music chosen for John McCain’s exit from stage after his concession speech. This is symbolic since the outcome of the presidential race was a mandate by the people for a more peaceful and diplomatic America. [More]

Transparent Interactive Accessible Distributed Democratic Government. Barack Obama has assembled a team of experts in various disciplines. In addition to their input, the Change.gov website is soliciting citizen feedback and ideas. In this way, the new government will be very efficient and powerful – looking for wisdom from all Americans. When we face problems and challenges, the public will be consulted. Meetings and documents presented are online. Like a supercomputer with numerous processors, the new government will be tapping into the collective power, knowledge, and wisdom of all competent citizens who choose to get meaningfully involved. Below is a video Your Seat at the Table that presents this concept of distributed democracy.

Initial Opposition. Barack Obama was initially opposed by a handful of very vocal and well funded sectarian, separatist, partisan, extremists. Those who opposed him described him as a community organizer, a socialist, a Marxist, a Communist, and compared him to Hitler. On 10 November 2008, Republican Representative Paul Broun of Georgia said of Obama’s leadership, “That’s exactly what Hitler did in Nazi Germany and it’s exactly what the Soviet Union did… he’s showing me signs of being Marxist… You have to remember that Adolf Hitler was elected in a democratic Germany.” (Source: Rebroadcast of Fox news on The Daily Show, 20081113th). Others went so far as proclaiming that Barack Obama is the Antichrist. (Source: Time Magazine, 8 August 2008) These accusations came amidst claims from Obama followers that he was “The One” (a claim popularized by Oprah) — suggesting that he was a messianic figure. The use of the term “The One” in reference to a Messiah is found in The Matrix. Conservative talk show hosts, Fox News, and other media outlets began broadcasting the negative allegations about Obama. This incited their conservative followers to be filled with hatred and fear of Obama, and some McCain supporters (seen at McCain Palin rallies) threatened to shoot Obama. Perhaps out of fear that they might be sued for defamation, or be accused of conspiring to kill the president, those making the false accusations stopped. There was also increasing pressure to stop falsely portraying Obama as evil in light of his words and deeds that demonstrate quite the opposite.

Bush to Obama Morphed Photos. One clever person has done a very clever job of morphing photos of George W. Bush and Barack Obama. The middle photo has a very eery resemblance to both. Presumably these photos are to convey the artist’s opinion that Obama is just a metamorphosized version of Bush.