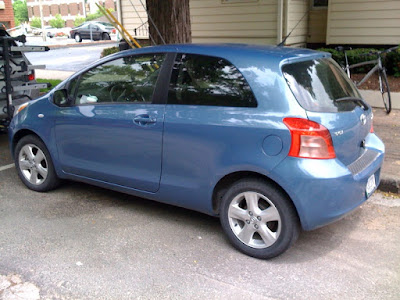 Summary. Generally speaking, little tiny micro small mini cars have many advantages. They offer better maneuverability and easier parking. Better fuel efficiency, and fewer resources used in production make small cars environmentally friendly. Small cars are inexpensive to purchase, insure, and maintain. Finally, they look cute, happy, youthful, and are fun to drive. For these reasons and others, intelligent and thoughtful people are trading in their old cars, and purchasing small cars. Isn’t it time you considered a small car? For yourself; For the planet; Drive a small car.

The Best Cars At Any Price. Small cars are stylish and smart, and that’s why cars like the Smart Car are featured in movies such as DaVinci Code, Pink Panther, Scoop, A Good Year, Legally Blond 2, Just Married, and Agent Cody Banks 2. When other larger and more expensive cars could have been featured, producers choose smart, small, and stylish instead. Why own a mundane and average large car when you could own a small car just like the Hollywood movie stars drive?

Safety. While misinformation about small car safety abounds, the fact is that small cars  actually offer many safety benefits such as:

Manufacturers. Because of the numerous advantages and safety features of small cars, forward thinking and progressive auto manufacturers are designing, building, and promoting them. Here are a few of the more popular tiny little micro small mini car models and their respective manufacturers:

Video. The video below includes an excerpt from An Inconvenient Truth, and makes a compelling case for small cars.

Five Small Efficient Cars. Here is a list, courtesy of Bob B., of five inexpensive, small, fuel efficient cars. These are less than $15,000 and can get 35MPG or more.

Find out more or adjust your settings.

This website uses cookies so that we can provide you with the best user experience possible. Cookie information is stored in your browser and performs functions such as recognising you when you return to our website and helping our team to understand which sections of the website you find most interesting and useful.

Strictly Necessary Cookie should be enabled at all times so that we can save your preferences for cookie settings.

If you disable this cookie, we will not be able to save your preferences. This means that every time you visit this website you will need to enable or disable cookies again.