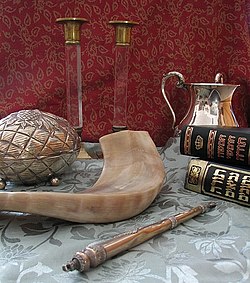 Summary. The fourteenth day of the month of Iyar in the Jewish calendar is Pesach Sheni, the “Second Passover.” In 2010, Pesach Sheini was observed on 28 April (of the Roman calendar CE). Practitioners of Adonaikido observe Pesach Sheni as well as holy days and festivals of other religions.

A more literal Passover interpretation and observance focuses on the Biblical story of the captivity and slavery of the Jewish people in Egypt and their subsequent deliverance and exodus. The foods of the Passover Seder (meal) have symbolic meaning relative to the exodus story.

A contemporary and personal interpretation of Passover is also common among Jews and others who follow Jewish traditions. As such, Passover can be a time of personal examination through looking back and looking forward. In looking back, the foods eaten during Passover each serve as symbolic reminders of events over the past year that have been bitter, sweet, and so on. Times of captivity, loss, or sorrow are remembered and passages toward success and greater freedom in life are celebrated. For example, someone who has quit smoking or paid off a debt may celebrate or give thanks for that achievement during passover. Passover may also be a time for repentance or sorrow for failures. Overall, one’s mind and heart are turned toward a commitment to work for a better future.

The following elaboration on Pesach Sheni is based on the teachings of Rabbi Yosef Yitzchak Schneersohn, the sixth Lubavitcher Rebbe:

The eternal significance of the Second Passover, says the sixth Lubavitcher Rebbe, Rabbi Yosef Yitzchak Schneersohn (1880-1950), is that it is never too late to rectify a past failing. Even if a person has failed to fulfill a certain aspect of his or her mission in life because s/he has been “contaminated by death” (i.e., in a state of disconnection from the divine source of life) or “on a distant road” from his people and G-d, there is always a Second Passover in which s/he can make good on what s/he has missed out.

The Second Passover thus represents the power of teshuvah — the power of return. Teshuvah is commonly translated as repentance, but it is much more than turning a new leaf and achieving forgiveness for past sins. It is the power to go back in time and redefine the past.

Teshuvah is achieved when a negative deed or experience is applied in a way that completely transforms its significance. When a person’s contact with death evokes in him a striving for life he would never have mustered without that experience; when his wanderings on distant roads awaken in him a yearning for home he would never have otherwise felt — these hitherto negative experiences are literally turned inside out. Contact with death is transformed into a more intense involvement with life; distance into a greater closeness. [source]