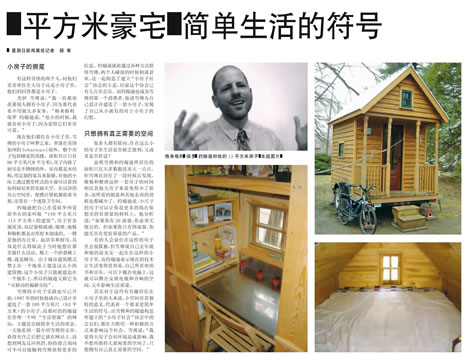 Media Coverage. There have been many articles and radio interviews as well as much television coverage. Selected news coverage is listed below in chronological order with the most recent at the top. Some of these news stories directly refer to the Mobile Hermitage, while others include quotations from Gregory Johnson.

Choose Your Advertising. The topical advertising links below are provided by Google AdSense. In providing these links, we give our site visitors the option to view advertising or not. We don’t necessarily endorse the advertisers generated by these links, but they are supposed to be context relevant and for that reason you might find them helpful. These links will take you away from our site if you don’t right click and choose to open them in a new window or tab. We’re currently experimenting with this form of advertising. Let us know if you have any questions, comments, or suggestions. In particular, if you find advertisers listed here that are offensive or misleading, contact us and we’ll have them blocked. Our filtering of ads ensures you get the most useful advertising possible. Click on a topical link below to view a page of ads related to that topic.