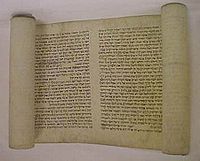 From Many Books – Unity and Order in Diversity. Adonaikido draws meaning and guidance from many texts. However, the central and foundational text of Adonaikido is the The Universal Declaration of Human Rights.

Although it is a children’s book, The Lorax by Dr. Seuss (also available as a video) provides one of the foundational teachings of Adonaikido.

Other texts, such as Siddhartha by Hermann Hesse, are also important to the Adonaikido way. However, unlike other world religions, Adonaikido does not have a singular defining religious text. The practitioner of Adonaikido attempts to translate various religious texts into mindfulness that will result in positive action. The contents of the Adonaikido “Abridged Bible” can be found on the Sacred-Texts.com website or purchased on DVD and contains about 1400 sacred texts.

Analysis of Sacred Texts. Because Adonaikido uses a hermeneutic model for “higher teaching” analysis, brief mention should be made here with regard to that hermeneutic method. Consider that animal sacrifice was common in the Old Testament. Yet, this practice is actually incompatible with the clearly expressed higher teachings of the Bible (see Isaiah 1:11), so, for this reason, it is “overruled.” In this way, even the Bible is subject to its own higher teachings. In higher teaching analysis, teachings or practices which express kindness, gentleness, grace, reconciliation, and mercy always will triumph over teachings or practices that express violence, selfishness, pride, fear, revenge, or the like. With this in mind, a fairly simple hermeneutic model is used to compare and prioritize seemingly conflicting practices and teachings.

Practices and teachings which rely on the positive attributes mentioned previously are given precedence over practices and teachings that follow the negative attributes mentioned previously. In much the same way that pieces of a chess game have greater power than others, kindness is greater than cruelty and violence, forgiveness is greater than resentment and revenge, and reconciliation is greater than bitterness and selfishness. Based on this Biblically derived hermeneutic model, it is fairly simple to accept or reject various teachings and/or assign a weighted value to express and evaluate their effectiveness and compatibility.

Specific teachings that are inconsistent with the Bible or other world religions are given little or no attention in Adonaikido. For example, while most religions have many positive characteristics, let’s say a certain religion does not respect or honor women. This aspect of the religion would not be compatible with the Bible and other religions that respect and honor women. For this reason, the incompatible element would be rejected. Yet, the other beneficial and compatible aspects of the religion would be retained and utilized.