The Urgency of Global Feminism 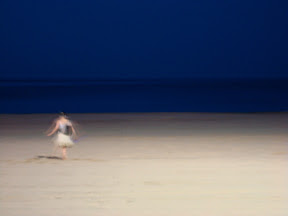 Summary. The world currently faces challenges that can only be understood and overcome through a feminine mindset and action.

The Future of Feminism. The future of “feminism” will transcend gender. It will not be so much about the gender of femininity as it will be about the spirit and source of femininity which is accessible to all – regardless of gender.

Impact of Feminism. Some predict that feminism will evolve into a balanced fusion exemplifying the greatest positive attributes of traditional feminine and masculine roles (Yin / Yang) as all potentially negative attributes of male and female are removed. The next wave of feminism is considered to be like a cocoon that is to give birth to something that transcends its source and original form.

Defining Feminism. The concept of “feminism” has at times in history involved women wanting “equality with men.” This was understood and acted out through women embracing and taking ownership of traditionally male roles and lifestyle choices. Men and women involved in the feminist movement worked toward this end.

One example of this might be women in the military. It has now been demonstrated that when women compete along with men in combat, they can, indeed, blow things up and hurt people with the same ruthless efficiency as men. Yet many people are wondering, why didn’t the feminist revolution of the past few decades involve women competing with men in Olympic-like categories such as diaper changing, bottle feeding, knitting, cooking, helping with home work, and nurturing activities? Instead, women have had to compete with men in Olympic-like categories such as: corporate corruption, toxic waste dumping, overthrowing governments, illegal detention of prisoners, torture, kidnapping, assassinating democratically elected leaders, drug trafficking, illegal arms trade, breaking treaties, exploitation of workers, and other “manly” things.

False Assumptions About Masculinity. Unfortunately, the act of leaving the feminine to embrace the masculine may inadvertently convey acceptance of the false premise that what is “masculine” is superior to or more important than what is feminine. A similar paradox exists when a country sets out to “fight terrorism” and then becomes as violent, destructive, fascist, controlling, and oppressive as the “enemies” it seeks to destroy.

Feminine is More Spiritual Than Masculine. Many well-developed and widely accepted world religions (such as Orthodox Judaism) assert that the feminine is higher spiritually (more enlightened or more advanced) than the masculine.

Dangers of Masculine Lifestyle. A recent study showed that when countries like China embrace western (U.S.) foods and lifestyle, western (U.S.) illnesses such as heart disease, obesity, and diabetes were soon to follow (see Diet for a New America). Similarly, when women try to attain “equality” with men by embracing that which is traditionally masculine, the stress, illnesses, and dysfunction of the male domain follow in short time. Such realizations have caused many to reexamine their opinions.

Anti Feminine Actions. Extreme cases of a distorted gender view can be witnessed in countries where pre-born or infant females are often aborted or killed in favor of male children. This has resulted in a gender imbalanced population in countries like India, for example [Source: BBC News, Wikipedia, LifeSiteNews]. Such practices are now the focus of attention by world organizations such as the United Nations. Rita Patel, M.D., explored this issue in her article, “The Practice of Sex Selective Abortion in India: May You Be the Mother of a Hundred Sons.” [PDF | Web]

Feminine Gender Equality. Today, men and women are seeking gender equality under the banner of what has traditionally been considered feminine. Some believe that this vision may represent a truer struggle for feminism. Rather than bringing women down to a lower level of existence (where one finds societal wars, power grabs, competitive Alpha-egos, and machismo), this new movement represents a struggle to bring men to a place where one finds a spirit of nurturing, cooperation, kindness, and diplomacy – a place on our “cultural mountain” where mostly women have dwelled.

Femininity and Gender. Some debate exists about the extent to which women are born with an innate ability to foster traditionally feminine traits due to biological differences. However, it is undeniable that much of what society views as “feminine” or “masculine” is simply the result of sexist gender-centric cultural child rearing – rather than innate tendencies. It has been demonstrated that young men can be raised to effectively take on traditionally feminine roles where traits such as nurturing, gentleness, sensitivity, and kindness are essential. It’s also been demonstrated that young women can be raised to effectively take on traditionally masculine roles and become soldiers, boxers, wrestlers, truck drivers, and even suicide bombers. An example of non-traditional upbringing is found in a Google video showing a young girl being trained at a firing range to operate a high-power armor-piercing fully-automatic weapon. The video footage is not from the Middle East, Vietnam, or some far-away land, but apparently was taken at a firing range in Oklahoma (USA).

Women in Government. Not all countries are teaching young girls to shoot automatic weapons and destroy property (as depicted in the video mentioned above). In fact, there is a global trend to move toward a more gentle and peaceful way of life for men and women. Many countries are moving in this positive direction. For example, the citizens of Chile elected Michelle Bachelet to be their president, making Bachelet the first female president in the history of South America. A news report released by United Press International had the title, “Chile’s new government heavily female.” This is because President Bachelet’s Cabinet had an equal number of men and women. In less advanced societies (such as the U.S.), the number of women in government positions is significantly smaller than the number of men holding government positions. For this reason, when there is gender equality, such as we find in Chile, people are astounded and declare such a government to be “heavily female.” United Press International appropriately filed the story about President Bachelet under the general heading of national security. Other nations are also quickly moving to achieve national and global security through “heavily female” governments. In fact, women presidents and prime ministers are now found on every continent of the world (except for North America which is lagging behind in this regard).

Feminine Government Goals. Regarding the roll of government, President Bachelet stated, “The task ahead of us is so beautiful — to create a country which is more prosperous, more just, a country of greater solidarity, a country of and for the people.” Such statements are in stark contrast to comments by “heavily male” governments such as that found in the U.S. where a more militant view of domestic and world relations is maintained.

Femininity and Longevity. Statistically, women live longer than men. Some believe their longevity is the result of a wisdom that leads to life affirming, life sustaining, and life supporting choices and attitudes. If this is true, then global female wisdom translated into domestic and foreign policy decisions may likely result in greater longevity for all beings on the planet and perhaps a greater assurance of human survival.

Christian Femininity. Many Christian men and women today firmly believe that there is an indisputable Biblical mandate to take upon oneself a mantle of feminine gentleness. They believe this feminine gentleness should be lived and preached world-wide. They believe this is the essence of Christianity. The Apostle Paul (the founder of today’s predominant expression of Christianity) was at one time “a blasphemer and a persecutor and a violent man” (1 Timothy 1:13). He later became very gentle person and commanded others to follow in the path of feminine gentleness stating, “we were gentle among you, like a mother caring for her little children” (1 Thessalonians 2:7). Such words describe the highest degree of gentleness. The Apostle Paul did not necessarily see gentleness as a uniquely feminine trait. In fact, Paul taught that there is ultimately neither “male nor female” among humans but only one body of gentle spiritual people united by the example of Jesus (Galatians 3:28). The following commandments from Paul are examples of the call to gentleness:

Practical Feminism. Most of us are removed from significant involvement in the arena of global politics. So, we often feel there is little that one person can do to change the landscape of society and alter the course of human history. Yet, collectively many people are making small personal decisions that can have a huge impact. Here are a few practical examples:

Keep in mind that the above examples assume women fulfilling traditionally feminine roles. Because men and women are migrating to a shared cultural nexus of kindness and gentleness, gender will increasingly loose its significance in the dialog about the feminine.

Resources. Below are resources for supporting and monitoring the global feminine shift.